Prophet Muhammad (Peace Be Upon Him And His Progeny):
“Serving the family is considered to be expiation for major sins. It will quench the Lord’s wrath, and be considered as the nuptial gift for the ‘Houris’ [women in heaven]. It will be a cause of raised ranks, and increased, recorded good-deeds.”
(Jami’ al-Sa’adat, v.2, p.142) 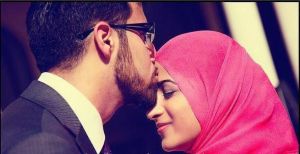 Prophet Muhammad (Pace Be Upon Him and His Progeny):

“Paradise lies under the feet of the mother.” 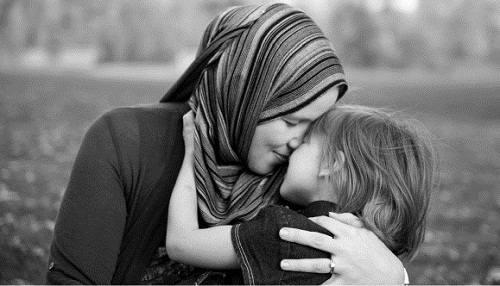 Why we should be careful in choosing friends? The best answer is this tradition of Prophet Muhammad (Peace Be upon Him and His Progeny): “A man follows the faith, ways and habits of his friend.” (Usul al-Kafi, v 72, p. 375) it means if your friend is a good person you will be a good man too and vice versa.

One of the most important criteria for judging others is whether they respect the rights of others or not. Islamic teaching is full of directives concerning the respecting the rights of others.  For instance, Imam Ali (the first Imam of Muslims) says: “make yourself the judge between you and the others. Like for the others what you like for yourself and dislike for them what you dislike for yourself.” (Nahjul Balagha, the letter n.31) 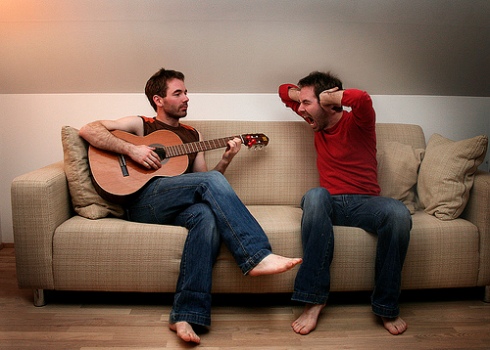 As I said here and in previous posts and base on the tradition of Imam Sajad (Peace Be Upon Him), a liar, a sinner, a stingy and a stupid person are not deserve to be good friends, because “Such persons are shorn of Allah’s Blessings and are accursed people.” (Ibid)

Who are the best people for friendship and association? Due to we inherit and follow Our Friends’ habits and behaviors we must be careful for choosing a friend. The Prophet Muhammad (Peace Be Upon Him and His Progeny) says: “A man follows the faith, ways and habits of his friend.” (Usul al-Kafi, v 72, p. 375) as it is clear this is the reason the Religion of Islam exhorts its peoples to abstain from wrong-doing companion.

What Islam recommends in this regard? Whom must we associate with? The Prophet of Islam says: “Associate with the people of religion and recognition (of God). If you cannot find any such people, then solitude is more companionable and safer.” (Bihar al-Anwar, v.74, p.196) 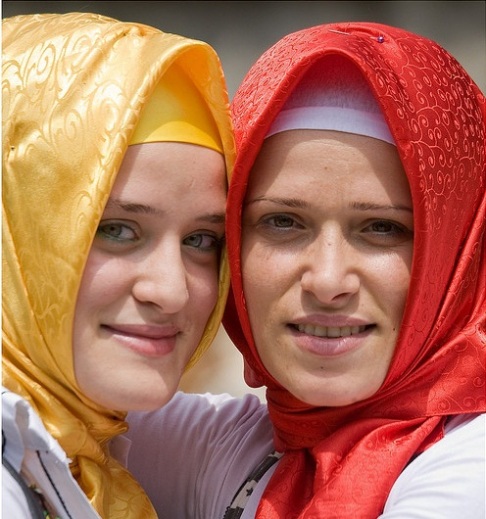 It is because such people are righteous and virtuous and sitting with them helps us for staying on the Straight Path. Again such people wish for us (from good) what they wish for themselves and they do not lead us towards destruction and Hell fire.
In continuation of above tradition, The Holy Prophet said: “If you insist on associating with people, then associate with the people of honor who do not utter unseemly speech in their gatherings.”

It indicates that religion people are the best option and after them the people of honor are the best, but choosing wicked persons for friendship is totally forbidden.

It is true that man, by nature, needs a friend and companion and without a friend, he/she will not have anyone to commiserate with him/her in the hardship and troubled times.
On the other hand, it is necessary to choose good friends. Because it is clear friends have a very important role in our life and affect our behavior and many aspects of our lives.
Then again, sometimes and for whatever reason you may not be able to find a good friend.
From this arises the question whether it is better to stay alone or have bad friends? 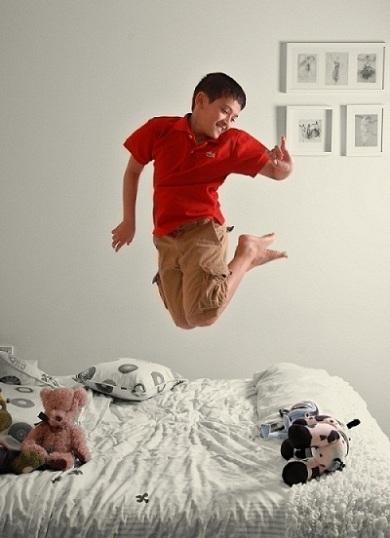 This may be because the negative effects of bad friend are much more than the negative effects of being alone. “The example of a good companion and a bad companion is like that of the seller of musk, and the one who blows the blacksmith’s bellows … So as for the seller of musk then either he will grant you some, or you buy some from him, or at least you enjoy a pleasant smell from him. As for the one who blows the blacksmith’s bellows then either he will burn your clothes or you will get an offensive smell from him.” Prophet Muhammad said. (Kanz-al Ummal, tradition n.24675)

In any case, bad companions will have bad effect on us like that offensive smell.  So, loneliness is better because it has no bad effects.

Do not worry for being alone! If you look carefully, you will find good friends.

The role of friend in human life is very important and undeniable. Friends affect our behavior and the many aspects of our lives. This effect can be either positive or negative.
On the one hand, having a good friend puts man on the path of happiness. A good friend makes man easier to move toward perfection. From the point of view of Islam, Lack of a good friend is considered as a defect. Prophet Muhammad (Peace Be Upon Him and His Progeny) has said: “It is a great tragedy for one not to have any good friends.” (Shafi, v.1, p.192) 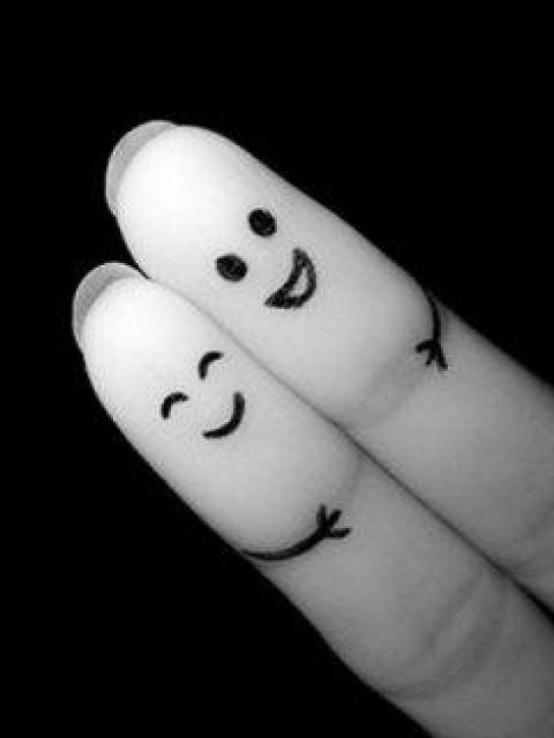 And on the other hand, bad friends and associates have a very bad influence on man’s personality, worldly and religious affairs. The reason is that when you love someone, you will love his/ her actions and thoughts. Thoughts and deeds of a wicked man cannot be good. As a result, you will be interested in those actions and thoughts. This interest is enough to make you committed evil deeds and have bad thoughts.
Imam Ali (the first Imam of Muslim) has said: “Avoid making friendship with transgressors and sinning persons because evil creates evil.” (Bihar al-anwar, v 74, p. 199)

So, to have a friend is a necessity for life, but be careful who you choose as a friend.

As each activity requires a correct manner, living in a society and being among the people, need a good manner and strategy too.
On the other hand, the main elements of a community are people who live there and each strategy should be adjusted on the basis of relationships with people. Meantime, it is nice to say that when we use the word of “people” we mean all kinds of people, because each type of people lives in a society: Good-tempered and bad-tempered, Stingy and generous, Polite and impolite and so on.

So, the main question is this: How should we treat people and which method to apply to have a comfortable life sweet?

In this regard, Islamic teachings are full of useful directives that show us the way. It is quoted on the authority of Imam Baqir (the fifth Imam of Muslims) that a person from the went to see the Prophet Muhammad (Peace Be Upon Him and His progeny) and said: “Please advise me.” The advice that the Prophet (P.B.U.H) gave him was as follows: “Be affectionate to people so that they love you.” (Usul al-Kafi, v.2, pp.642-643) and it indicates the importance of being kind with others and also indicates the best strategy and method to treat people. 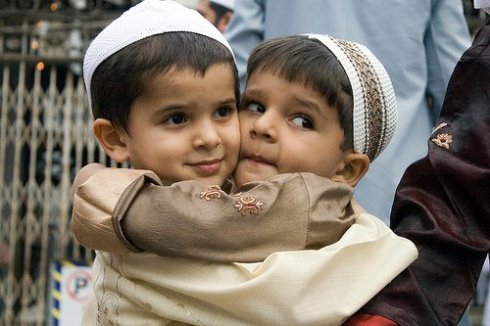 Of course, those who have done us a favor have a great position. Prophet Muhammad (Peace Be Upon Him and His Progeny) has said: “Whoever receives a favor should compensate it. If he cannot do so, at least he should mention it. Thus if he mentions it, he has thanked the one who has done him a favor.” (Nahjul Fasaha, tradition n.2827)

Doing good in response to those who do some good to us is inherent in man. And it is not difficult. Because they have been good to us before and our good deeds, in fact is a response of their favor.

The main point is this how should we treat those who have not been good to us? Should we reciprocate? Apart from some special cases, for example when doing good can be abused by others, Islam recommends to kind treatment. The Holy Quran says: “Let them forgive and overlook, do you not wish that God should forgive you?” (24:22) and as you, forgiving others is one of the grate examples of good deeds. 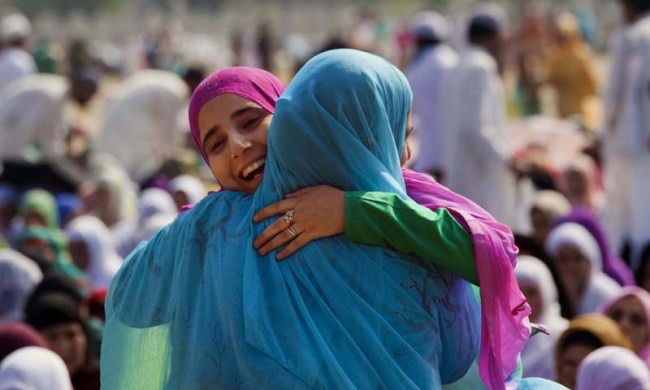 Yes dears! You are worthy of kind treatment. So, do it.

As it is mentioned in Islamic texts, the issue of brotherhood is one of the most important issues in Islam, and for this reason, the issue of “Rights of Brotherhood” is also very important in Islam. From the view of Prophet Muhammad (Peace Be Upon Him and His Progeny) “There are thirty rights for each Muslim incumbent upon his/his believing brother. He/she cannot be relieved from them unless he/she honors them or is forgiven by his/her brother.” (Wasail al-Shi’a, P.212) 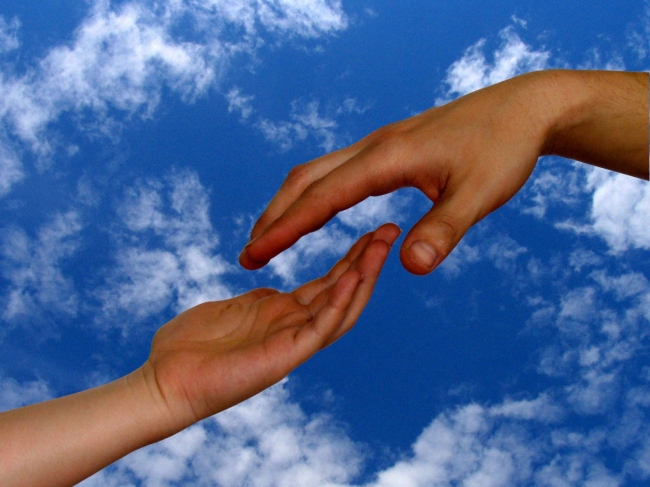 1-“He/she must forgive his/her brother’s faults.”… None of us are infallible and we may be wrong. So, we must take easy to forgive others as we would like others forgive us.

2- “He/she must be kind to his/her brother during hard times.”

3- “He/she must hide his/her brother’s secrets.”… Things that we know about our friends or are said in private are the secrets of others. A good friend does not reveal the secret of his/her friend.

5- “He/she must accept his/her brother’s apologies.”… As we like God accept our apologies.

6- “He/she must defend his/her brother against those who gossip behind his/her back.”

10- “He/she must visit him/her when his/her brother gets ill.”

12- “He/she must accept his/her brother’s invitations.”… Because it shows you honor him/her.

13- “He/she must accept his/her brother’s gifts.”…accept it even if the gift is not too expensive.

It is true that common belief causes brotherhood among believers, but what element causes to last the brotherhood? As you know it is difficult to obtain something but it is harder to keep it. There is a similar situation in this regard. Because it is hard to find a real brother that is like your hands, wings, relatives or property and you can trust him/her totally. Because as Imam Ali (the first Imam of Muslims) said such friends are rare. (Mustadrak al-Wasa’il, v.2, p.61)
And it is harder to keep such brothers, because it needs to a permanent correct behavior from you in your lifetime. 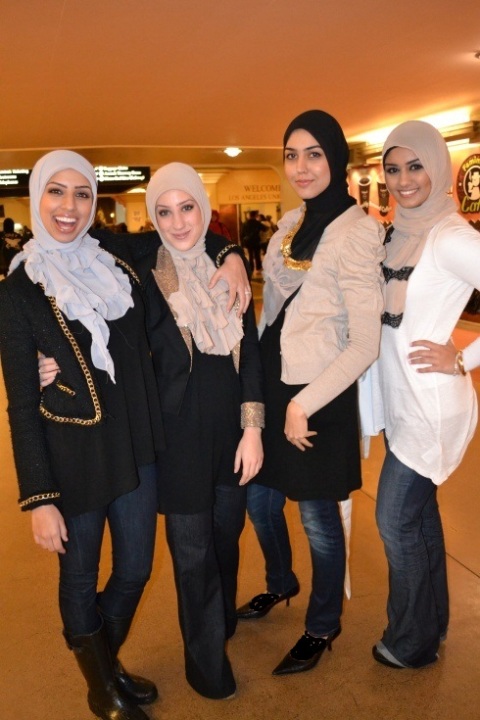 Imam Ali (Peace Be Upon Him) expressed the element of Survival of Friendship in one In a sentence. He said: “Brotherhood lasts by being fair.” (Ibid, p.308)
And only just people are able to do that. Just people are those who are healthy conscience and they do not need force to have fairness. And this is a feature of great men.
When Muhammad (Peace Be Upon Him and His Progeny) reached the age of seven he asked his wet-nurse Halimah: “O Mother! Where are my brothers?” She said: “They have taken the sheep that God has blessed us with to the fields.” He said: “O’ Mother! You have not been fair with us.” His mother asked: “Why?” He said: “Is it fair for me to sit in the shade of the tent and drink milk, while my brothers are out there in the heat of the desert?” (Al-Hadith, v.1, p.285)

So, if we like to keep real brothers and good friends we must be fair. Of course, it is another story to know what the meaning of fair is.